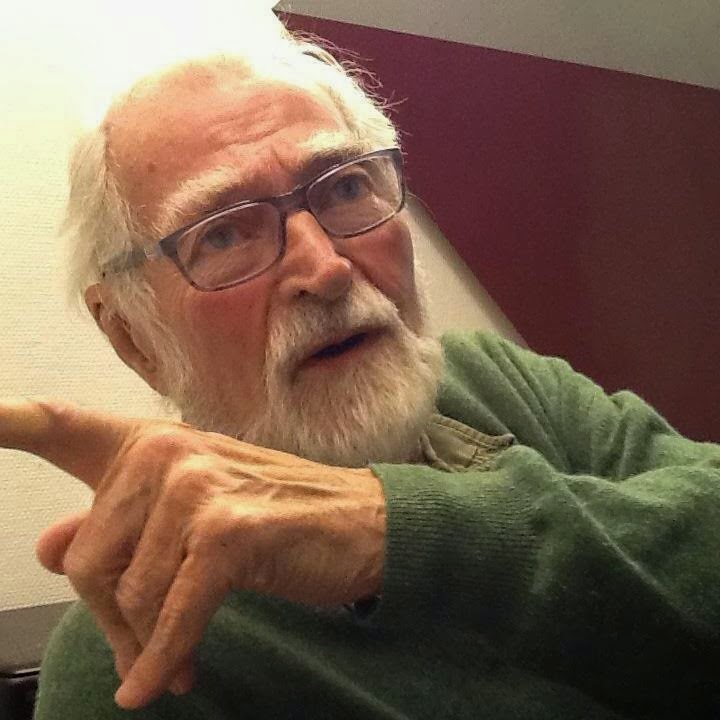 I am unable to generate ideas like Knud Pedersen’s. It was only him who could do that. But if I was to give it a try, I would propose to commemorate his death on 18 December last year with a Knud Pedersen Day. He often spoke about the time he had been invited to give six lectures on Fluxus at the Department of Literature at Aarhus University in 1982. Instead of droning on from the safety of a lectern, he asked the students to start, develop and end a project. Knud Pedersen Day, as I imagine it, has to start, develop and end just like that. As Pedersen himself wrote, not about a day but about a chair: “it is exactly by not specifying it that it gets attention”. The idea with Knud Pedersen Day is to give special attention to a day by not specifying it. Actually, it would be better if it was not called Knud Pedersen Day.

To make a day special by not specifying it is a logical impossibility. Pedersen liked impossible projects. To give just one example, he applied for the job of General Secretary of NATO in 2008, together with Danish Prime Minister Anders Fogh Rasmussen: Fogh could be the secretary and Pedersen the general. He knew beforehand that the answer would be “no” and treated the rejection as a kind of trophy. On the other hand, he also happily allowed himself to be surprised when one of his projects became a reality anyway. In 2013, he proposed to let a pupil at Aalborg Cathedral School scratch his or her initials into a wall where others had done the same thing from 1540 until 1848. He seemed a bit disappointed when he got permission, but he accepted it. If you start a project, you have to live with the result, whether you expected it or not.

The impossible is one thing, but there is something else about the history of the Fluxus lectures at Aarhus that says a great deal about Pedersen. By setting others an assignment instead of accepting one himself, he appropriated a university’s core business. He did not respond to the invitation as much as to the institution that did the inviting. Throughout his entire life, Pedersen has worked with (infra)structures. He was not interested in what it was that was being communicated, but how it was communicated. It is tempting to think that this preoccupation with infrastructures already motivated his resistance activities as a member of the Churchill Club during World War II, which were directed against the infrastructures that supported the occupation. It certainly motivated his work within the arts. The first time he manifested himself on the Copenhagen art scene was with Byens Billede, the Picture of the City, a wood-and-steel easel for the display of a single work of art in public space. In 1958, he opened Kunstbiblioteket, the Art Library, where people could borrow a work of art for the price of a packet of cigarettes a week. Neither project, nor other ones such as Faxe kører med kunst ("Faxe Drives with Art) from 1965, during which works of art were driven through the country on the back of brewery lorries, were intended to promote a specific type of art. It was all about the way it was distributed; about infrastructures.

For Knud Pedersen Day to be a project in the spirit of Pedersen, then, it is not enough for the day to remain unspecified, the project as such has to have an infrastructural bias as well. Preferably, it should engage with the mechanisms that make a day special at all. It is not accidental that French historian Pierre Nora also includes significant dates in his famous and often-used definition of Places of Memory.  It is not a question of days or dates, but about the way in which fixed entities - a red number on a calendar - become the locus of memory. A recurring Knud Pedersen Day would be a temporal monument. For the project to be in the spirit of Pedersen, however, it should not be a monument, but ask how a day can become one. Another impossibility, because the word monument implies a thing, a result, while the question is open-ended, without a result.

I think, in order to commemorate Pedersen in a suitable way, that I should cast the proposal to designate a Knud Pedersen Day in the form of an assignment: elaborate a proposal to celebrate Knud Pedersen Day in such a way that a) what is celebrated remains unspecified, yet recognizable as the thing that is celebrated and b) what is commemorated is not fixed, yet recognizable as a process of fixation. I do not know how one could possibly do these things, so the form of the assignment is a welcome way out. But it is also appropriate because Pedersen’s projects are not about what things are, but about how they are done. Pedersen was the only person who could generate ideas like Pedersen's. He is sorely missed.
Indsendt af Peter van der Meijden kl. 03.30