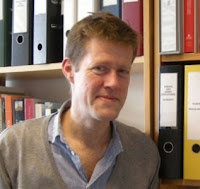 Publications
Among Peter van der Meijden's recent publications are: "Message in a Bottle to Systembolaget" (in: Perspective, August 2017, http://perspective.smk.dk/en/message-bottle-systembolaget), "Fluxus Art Amusement and the Museum of Gags" (in: Nordic Journal of Museology, no. 2017-1, pp. 90-105), "Disappearance and Appearances" : Psi in Holland" (in: Yoshiko Shimada, Yugyong Yong & Ryusuke Yamai (eds.), From Nirvana to Catastrophe: Matsuzawa Yutaka and his "Commune in Imaginary Space, 2017, pp. 128-148), "Cinderella and the Big Monster: Mail Art and the Museum” (in: Journal of Art History, November 2016, pp. 1-22) and "This Way Brouwn: The Archive – Present, Past and Future" (in: Gunhild Borggreen & Rune Gade (eds.), Performing Archives/Archives of Performance, Copenhagen: Museum Tusculanums Forlag, 2013, pp. 94-107).

Papers and Lectures
Peter van der Meijden has appeared in public with papers and lectures on subjects as different as the reception of Gertrude Stein by the avant-garde of the 1960s, Stanley Brouwn and the archive, the CoBrA magazine and the performative construction of CoBrA identity, Fluxus reception as a trip down the digestive tract and much more.